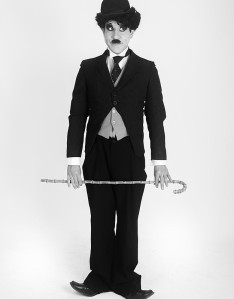 These clips have been created as a call to creatives alike during a time when the world has changed. The arts will always survive and thrive and bring joy to the world just as Charlie Chaplin has for decades. The content was shot using a mobile device and only required one character in the scene. The camera was propped onto a table or tripod and shot by Rod Lara. Directing, producing and editing the sequence was created by two crew members Rod Lara from his house and Atalanti Dionysus from hers. All the social distancing rules were applied during the making of this content. We hope you enjoy the joy this character brings.