Jorge Aguilar was an integral part of introducing the sound of Salsa to Melbourne during a time when Melbourne was bleak.  His music changed the Melbourne soundscape forever, and also gave Jorge the life he had always dreamed about. Jorge left Peru in 1986 with his family to provide them a safer place to live. His journey changed his life and the many lives of the people in Australia who had never heard the rhythm and sound of Salsa.  Jorge never dreamt that he would keep doing the one thing that connecting him to his soul….play music.

‘The Madonnas’ TV/online comedy series
12 Episodes.  30 minutes
Living in Melbourne’s Western suburbs Judy Madonna, a second generation semi-practicing Italian Catholic is the quintessential matriarch, a true modern day godmother, Australian style. She no longer relies on the local council to sort out issues amongst neighbours in the Northern suburbs but instead takes matters into her own hands. Her quirky family unit drives her need to stay youthful yet assertive in this multicultural melting pot she calls home.
Producer: Atalanti Dionysus
Co-Producer: Tony Nardella
Writers: Melissa Klioris, Tony Nardella, Atalanti Dionysus 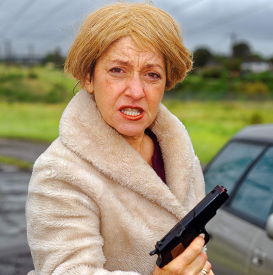 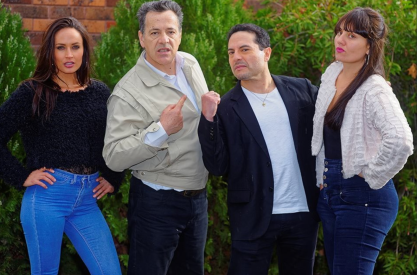