‘A Miscarriage of Justice VR‘, an 18 minute XR documentary which uses immersive and interactive mediums, virtual reality, as a way to bring the execution of Ronald Joseph Ryan the last man hanged in Australia in 1967 and Jean Lee the last woman hanged in Australia in 1951 to life.  This ground breaking documentary re-enacts the last moments of Ryans life before he was executed.   It places the spectator in the middle of the story playing the protagonists Jean Lee, and at a poignant moment in the film switches them by placing them in the shoes of Ronald Ryan. Other aspects of the storyworld ‘A Miscarriage of Justice AR’, include augmented reality site specific interactive elements of which can be explored at the prison location.  A self guided 3D tour of B-Division is also available on this website. 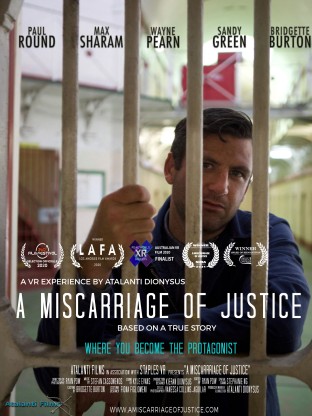